The birds are chirping outside the window while I am sleeping the most peaceful sleep I have had for years. Suddenly getting up to realize I was back in paradise and this era of my life will remain more welcoming than all the good times to follow.
As I walked to the kitchen door, there was a tiny black radio at the very edge of the side shelf, where most of the area was taken by the bowls, spoons and plates.
It was playing the latest 90s releases not back to back as today's music apps, do but the way it was playing was very catchy for an 8 year old, yeah that was me in our Childhood Paradise called Kandarpur.
Gulshan Kumar aur T-Series lekar aarahee hain "Sanam Bewafa", and then the song goes like "Accha silha diya tune mere Pyaar ka...
Accha silha diya tune mere Pyaar ka...
Yaar ne hi lut liya Ghar yaar ka.."
( Translation : What a great return I am receiving for my unconditional love, What a great return I am receiving for my unconditional love, that my lover has ruthlessly robbed me out of my own house and dignity)
The song was filling up the air, at one part of the kitchen corner where I am standing and listening to the words as if they are a criticial part of my school curriculum.
On the other part of the kitchen is a bulky aluminum kettle filled with tea, boiling on the stove with my aunt (Maeen- my mom's brother's wife) standing Infront of it making fresh Puri's ( an Indian delicacy - a type of bread but a much softer bread that melts in your mouth and at the same time very chewy)
Gulshan Kumar aur T-Series lekar aarahee hain ek aur tadakta bhadakta dhamaka jald hi aapke nazdeeki cinema gharoon mein "Saajan", Madhuri Dixit, Sanjay Dutt ki adbhoot prem katha and then a song bursts out - "Dekha hai pehli baar Saajan ke aankhon mein Pyaar" ( Translation : For the first time, I see love for me in my lover's eyes)
Listening to which I am just too excited to see those balloon like Puri's  just dancing on the plates, that my Maeen is serving while I am passing it on to my cousin one by one walking outside the door hitting the musical curve.
We all kids are mostly sitting on the ground in the veranda itself adjacent to the kitchen door, and sometimes one ends up sitting right on that elevated slab of the door itself just to be closer to the musical experience while devouring their Puri and tea combination.
That's our favorite breakfast at Kandarpur, were all the kids loved to eat those fresh Puri's curled up into a twisty wrap as they dipped it into their milk powdered tea, that became a semi fluid sweet amalgamation instantly fitting into their tiny mouth and melting right into our hearts right away.
The adults meanwhile are outside in the patio talking to each other while having their cups of tea and Puri, or taking a stroll in the garden or tending to any household work while I and my cousin's all are having the time of our lives with this small radio throwing back to back hits and super hits around the whole area from kitchen to the dining hall.
The interesting part is no one ever complains about anything, not about the no so great sound quality, not a demand of not liking the particular songs, not making annoying noises of not liking the food.
But it was just a universal experience filled with harmony where every single kid is enjoying the same music while enjoying the same food and attaining utter joy as they do that.

"Life is so smooth when one doesn't have so many choices."

That small radio could entertain every single person in the house and now even 4D content is not fulfilling enough.
The 90s songs that were out in the year 1990-1995 even though sounded very similar to each other but had that soothing effect that they didn't crave to have a visual appearance.
Till date whenever any of those songs play, it takes me back to that kitchen door, standing close to which we had such a warm essence that I chuckle a little, feeling like the same 8 year old, sitting right next to my cousin taking a bite of my Puri, looking at the wide open patio where I could hear laughs and giggles of my aunt's, uncle's, parents, grandparents, talking to each other, at the same time the sound of bird's humming, butterflies flying high, buzzing bees somewhere, a lost frog giving out a croak somewhere close to our pond, a clear sky welcoming a warm day for the farmers who will work all day long.
With the songs over the radio just matching every sound coming from every corner of this place like every living being wanting to know what's that song?
"Aur bijli chalee jaaye andhera hi andhera ho, aur baahon mein tere sanam haath mera ho"
( Translation : As the power cut happens, and it gets pitch dark your hands are holding mine as I hold onto yours)
Every morning getting up to that surround sound experience in the 90s was a blessing. And the best part was while the radio was switched off midway maybe after an hour or two, I never used to realize who used to do it as I was so busy with my next adventure plan of running around the place with my cousin's, playing all sorts of outdoor and indoor games, and listening to all the stories that adult's narrated about life that they had before having us.
After all this it won't be wrong to admit that,

"Music can make you travel through time while taking you to the world where you came from to feel that same way yet again anytime you listen to that same song, and that's the reason why that song is always part of your every single playlist as that's the portal where you somehow find yourself again the way you were back in the time." 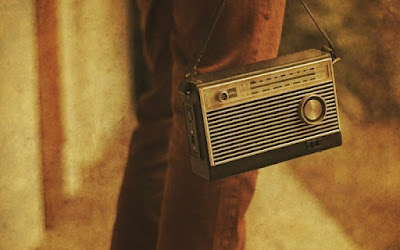 More Stories Of Kandarpur For You :