"Mummy please I want to come with you in the back seat...." , with trembling eyes a 13 year old girl insists ..on which her mom tries to think what has suddenly  struck her chirpy daughter in the midnight streets of Calcutta(it was not renamed then) back from a fun family trip .. 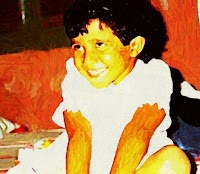 Female molestation has become a common scenario in
India since a very long time , heard hideous experiences from many of my friends ..some used to cry while sharing their experiences and some used to say why ????
Have you guys ever wondered why is it so ??
Many of us share our dirty experiences with each other but still don't have the courage to kill it once and for all and wipe it off from our motherland  which we proudly introduce as Mother India,though immeasurably her daughters have been sacrificed, feasted upon and exploited at every step of their lives and are still requested and pleaded by their loved ones to keep quite...safeguarding their family reputation..not yet realizing that wasn't her fault..
This prejudice has been spreading like a contagious disease among men,youngsters ,teenagers.Is it lack of sex education or their lack of respect for women sect  including their own mothers , sisters , wives , teachers...or best to say any female being.
Taxi !!!. and a taxi stopped on its way ...all were exhausted by the tiring journey from Siliguri , 10 people including 2 families just returning back from a fabulous trip to Darjeeling , a famous hill station in India.
The man with a dark beard, presented himself to be quite friendly and a kid lover to a large extent.The elder ones felt relieved to find out such a calm as well as a helpful person in that very hour of midnight.
To be true you can't judge a person by his looks and the way he portrays himself.He can be very clever while presenting himself only for your sheer disappointment a filthy disease hidden inside him to react at a later stage...
Making the passengers comfortable insisted on making the 13 year old sit next to him in the front seat with the other kids beside her and started driving..
Any such experiences needs to be discussed , analyzed and should not be hushed about..
make your kids brave enough to encounter such shocks in life ...and don't just ignore
what your girl wants to converse about...any such horrendous activities should be
stopped right away even if it is one of your closest relative doing such shameful
stunts right at your place..forget morality of how you treat your guests ..just get that sick man out of your house ..its a more horrific culture to ignore a crime and let your kid suffer..
The girl suddenly felt her palm being kept in the man's thighs while he drives .. 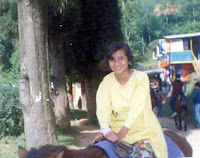 "Kitni pyaari ho ...yahan rakho haath achey se"(a sweet little girl you are.. just make yourself comfortable child..)...at that very moment the girl was as innocent as a rabbit who is just happy for its existence in this world and amused with her exciting trip to the mountains..only to feel something fishy in seconds as her fingers were taken to a slippery area which seemed to be flesh....black out for several seconds   sitting in the same position as she knew if she shouted it might turn to something more gruesome and her life can take a tough turn in just a few minutes... waited until the time of her escape had come and that was when the driver halted and went out for an address verification...
Grabbing that moment immediately the girl barged out of the driver's door and  looked back into her mother's eyes
and exclaimed "Mummy take me to the back seat...." a mother could feel the trembling of her child's body from head to toe trying to fit herself through  the small taxi window as the door failed on her , grasping  the danger as it was pitch dark and feeling to throw up she just closed her eyes tightly and shut herself out of the world's filthiness which just emerged as an experience few seconds back...
I couldn't sleep for years after this incident.At that very moment I felt how helpless girls are ...as that helplessness was very much within me ..
I had deep repugnance on the fact that I was a girl and that very mishap urged me to change my appearance in such a way that I no longer seemed or behaved like a girl for years and this is how a 13 year old washes off the helpless shame from her heart by portraying herself to be one among the superior lot , who our society addresses as  "Men"...with a capital M.
Today after all these years I still feel the urge to go back to that very street of Kolkata and hunt that man down who didn't even think twice before ripping off a child's innocence ..
These petty incidents can drastically change a girl's life and their idiosyncrasies. 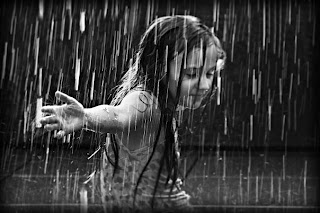 Tomorrow morning when you tend to open a news blog or your newspaper, don't just feel pity about the headlines and the country's future ..rather regret being a part of the society which follows such ill doctrines of
praying for a boy child,demanding a heavy dowry,torturing a girl who just entered your house as your son's life partner
or any of the infinite false religious cultural immoralities happening in your day to day life.
If you believe all of us are equal make some effort to get us in the same radar of respect.
The girl who lost her life struggling to be alive , would never have imagined that she would be killed for the mere fact that
She was a Girl....