This article is dedicated to my grandfather “Late Mr. Shyamsunder Misra” Ex President of the Servants of India Society, Buxibazar, Cuttack, Orissa, India, on his centenary.
“Joy, it’s getting late for breakfast, where are you!” I heard my mother but was not willing to let go of the newly found Hiawatha magazines in the storeroom. This room was one of my favorites in my grandpa’s place, full of old items, games, puzzles, magazines. I was always sure of finding something which would make the rest of my summer holidays interesting. Servant’s of India Society, Buxibazar, Cuttack, and my “Bapa’s” place (I used to call my grandpa as “Bapa” and my grandmother as “Maa”) was where me, my mother and my sister had to spend at least 30 days, of the 45 days long summer holidays every year.
It was no fun, as “Bapa” was a very strict man, He happened to be the 12th President of the Servant’s Of India Society (I never understood the nature of his job in his lifetime, but was always told that he is a great man and that I have to study hard and become some one important in order to keep up his good name). I was always on the look out for making most out of the time I had here, (mischief and more of “How do I make myself happy and have fun”). Some times “Bapa” got in my way or more often I used to get in his way creating unpleasant circumstances. Sometimes I used to wish why we couldn’t go to “Aai’s” home in the first place (my mummy’s mother) as it was more fun and happening for me. My “Aai” and “Aaja” (my mummy’s father) were more fun being with as I always got all the attention. Being extremely optimistic by nature, I successfully made the Servants of India society a playground of my childhood years. 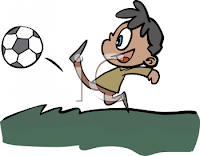 It’s a big area to start with; the office and the house of the President are adjacent to each other, so you can always look out for space in Bappa’s office if you are bored of the house. There was sprawling greenery surrounding the establishment with coconut trees and a pond in the back yard. This pond seldom had fishes unlike the one at my Aaja’s residence. I tried fishing unsuccessfully once or twice. There were some mango trees, jackfruit and banana adjacent to the walls fencing the backyard and rubbing shoulders with those of the Samaj Office, the editorial office and residence of Dr. Radhanath Rath, who happened to be our neighbor. The garden in front of our house and the office had a variety of flower and fauna. There is a reddish colored sitting bench in front of the office which was once covered by an umbrella of the “Tagar Phoola Gaccha” (a flower tree). I and my sister used to do a lot of running around here climbing the tree jumping around, sucking nectar, chewing flower buds, making sword sticks, after noon, after lunch. We had the servant’s quarter where the people / attendants who were generally employed by “Baapa” used to stay. It was also a part of my adventure to explore their quarters, make friends with their children, exchange goodies, and include their assistance in my day to day activities / plans / games. Two of them that I very well remember were “Rama” and “Gholaka”. There was a rickshaw parked just out side the house which was always at the disposal of “Bappa” and “Maa”. The rickshaw driver used to report every evening. I usually was called upon by “Baapa” to assist him in his daily evening rounds. The only attractions of these rounds were the deer park and the color full fountains in Tulsipur (these are no longer operation)
The library of the society’s office was well stocked with good books. Most of these books were purchased by “Bappa” on his trips to the US of A and Europe. He also happened to be associated with various programmes of the United Nations, in what capacity was completely unknown to me. In those times such books like the “Britannica Encyclopedia” were rare, hard to procure and extremely expensive. “Bapa” always ensured that every book that we picked up from the library was well accounted for and returned in time. Reading those books as a kid was a priceless experience for me.......
My Elder Bro has penned down his innocent thoughts till here ....and its his wish that i should continue with rest of the Innocent thoughts attached to our childhood in "Servants Of India Society " - the place we spent our most vacations at....so here it is .......so filled with innocence that it wets my eyes till date.....Love you Grandpa !!!!! 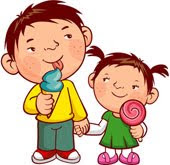 I and bro used to wander about the place all day long in the scorching sun .He being the Leader and i , the follower . All young sisters . always look up to their brother , so they always try to act like a boy in some or the other way , i too get influenced by my bro and till now...i do coz he is a great guide and a friend whom i love to follow, with no regrets .
Elders who used to work in the office used to love us a lot .Even the people who used to help Granny in the kitchen and other cleaning stuff , used to hang out with us , and were great friend with us. We used to spice up their life i guess ...from their daily boring schedule , they used to play with us , talk to us about their adventurous experiences (all of them were not true - i am sure ) .But for us they were like saviors in a lonely island as there were no kids to play with or no luxurious video games , or toys to give us company.
I am fond of pets and out there i used to get plenty of opportunities to pamper a street pup, or a cute kitten , or a fractious calf. I used to do all these but in a secretive fashion as mom used to be very strict regarding this habit .Once i remember , had got a kitten in the yard and i loved it a lot .My brother was a great prankster , so he and his two other friends , made this kitten disappear , i got worried and upset .They started to threaten me to kill the kitten with electric shocks . I got very scared and helpless that time , and was almost shaken when he told that they have already killed it .I wanted to beat up my brother then ......but the next day i saw the kitten roaming in the yard , i was happy...at the same time a little terrified and on the top of it my bro did mention me that the kitten's ghost was moving around .....i didn't come out of my room for 2 days or so.
It was a big garden with all types of trees , right next to the office , then there was our place were we used to stay .It was a big place ... granny and grandpa used to stay in the room just attached partially to the office and after that there was a long corridor which was the dining hall which had a pavement on one side and a cow shed on the other side .The pavement was a path leading us to the toilet..It was designed according to the ancient architecture , were toilets used to be outside the house.The pavement was a thick path surrounded by greenery all around it and at the end there was a pond , just adjacent to that was the toilet .For this very reason i and my bro used to avoid pots for a longer period as that was the most scariest place at night .I remember taking mom along with me even in the day time.

Granny ,in order to prevent us from wandering all around the place ,used to alert us by telling ghost stories which existed in and around that place.These stories made me tremble from head to feet, but made my bro more curious about the place , and he started to explore more and more to solve the mysteries of his mind like the great Sherlock Homes .
I and grandpa shared a special relationship .He was sagacious but at he same time very humble towards people , that was the quality which i admired the most.He dedicated his entire life working selflessly for "Servants of India Society" .In today's world were everybody thinks of Money , betterment of one's own family , a stable job , he thought of India , and how to develop our mother land .....That's WOW !!!!
I as a child got greatly inspired by him .One day , even i want to live such a life which he did .In those days he used to be unwell and it was difficult for him to walk around .Most of the times was spent on his bed , then talking to him for hours and hours was a bliss .He used to scream at my bro's mischief , his bold voice echoing all over the place .Bro used to discover grandpa , by fumbling through his books , his stuff , and his memoir which annoyed grandpa then .
I will always remember the times , when he used to make me sit beside him , and recite the rhyme "Jack and Jill " , the recitation being marvelous with appropriate punctuation and pronunciation . I used to recite back in the same fashion after him , and at the end of my recitation clapping his hands ... loudly exclaiming "Very Good !!!!!" ,made me feel proud of myself each time though it was the same rhyme.
Every morning Granny used to offer him a mug full of horlicks with it some biscuits (she was a miser lady ,counting every bit which she shelled out ,as she had to manage her house with no fixed income.)
Grandpa , knew all this ..but always used to advice granny to give up her stingy behavior .I remember ....how he used to force me to drink his horlicks and after each sip i took , he urged me to take another.Such loving and affectionate was his soul......
As a regular routine , he used to shave his beard .Walking slowly with his stick , come towards the dining space along with his shaving kit .Making himself seated in the chair , used to shave his beard ......I loved to watch him shave with such Discipline and Cleanliness .From such a mere act ,he proved to be the best in sophistication . I am proud to say ....that i learned a lot from him but still lack on some ...as He was the Best .......
Motivation and Bold Thoughts were his greatest achievements , which could be felt in his tone itself .

When he left us , i was studying in the fifth standard .At that time , he suffered a lot , he even lost his senses to recognize people .Why Such a True Follower of God Suffered Like this .......?
I Still Don't Know !!!!!!
His Presence was a sense of pride for all of us , but his Absence made us loose Everything .

His quenched Laugh which used to echo in the main room of that house ,His love and concern which made his kids tied up in a strong bond ,His devotion and hard work towards Our Country ,His courage to achieve more and more as time passed by .......Everything Vanished With Him .....
I lost an Exemplary Figure in my Life .....But He will Harbor in my Mind as long as i Live ....
The house is no more our grandpa's place .After that we never went as granny started to stay with us.
I and my bro ,to be honest never liked the place as kids .But after his Loss , we both somehow ponder the days which were spent in and around that place .Till date whenever we enter Cuttack , a place which unknowingly comes to our minds is "Servants Of India Society "- Buxibazar .