This loss happened when i was in class 6 .My brother was selected for the prestigious national award for best essay writing on"Road safety" . It was a moment of pride for our family .Mom , dad , all of us were happy to visit Delhi ,were the award ceremony was about to be held .Never in my weirdest dream had i thought , that the visit was so unfortunate for all of us .We all went and were staying at my aunt's place ( my father's sister ) .I was thrilled about this vacation , was having my breakfast .....when suddenly there was a call , which devastated every good thing about the vacation.My cousin "Nicky Bhaina " .....(my aunt's son who stayed in Mumbai),heard ...he was not getting up ...... 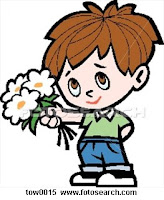 Its late at night around 11.30 pm ......the atmosphere in Ismail road is pleasant and calm . All the houses in the road are clammed up , night is speechless as if the whole world is bewitched .

But , what is it .....Ah....in Plot no- 20 , there is some sort of work still going on .Lights are put on in every room , a soothing music is being heard and there in the room just adjacent to the drawing room ,some posters of funny men and women can be seen , that is got to be the room i am seeking for .......there at the corner is sitting ...the protagonist of my story Virodh Kumar Mathur .Virodh is a hindi word which means "Against " .His mom and dad had given him this name because he took birth a month earlier than the date declared by the doctor ,as his birth was against nature hence his name "Virodh ".

Virodh has passed his 12th exams ,CBSE Board with 65 percentile , for his parents the percentile was quite disappointing .He had also appeared for the medical entrance , but had failed to achieve a good rank which displeased his parents further and to mention his neighbors too ...........who were more sympathetic than his parents .Now Virodh sat on his study table ....and he knows he has to sit there and read the same books for another year to fulfill his parent's wish . Parent's wish !!!!!! .....Why not his Wish ?????? 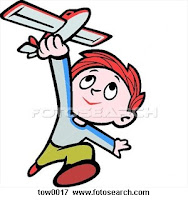 Since childhood Virodh used to be up in clouds as a successful Air Force Pilot .Seeking his dream , he also appeared for the I.A.F preliminary exam and got through but his father had very ruthlessly torn of the letter as if it was just a blank paper .He had made his son cry desperately as his passion was cut into pieces like a butcher .After all this "Virodh"wordlessly continued his studies as he never wanted to disrupt the peace of his house and family.

After his CBSE ,12th results his passionate wish to become a pilot had aroused .He had meekly asked his father , to pursue his career in aeronautic engineering ,as he knew after this course he could be joining I.A.F as a prestigious officer .His wish was granted .......It was nothing less than a miracle for Virodh .But at the same time his father had asked him to appear for the medical entrance as well .

So as per the interest goes ......he had brilliantly acquired a good rank in Aeronautical course but had failed to get a rank in the medical entrance .Virodh was in high spirits , he was so close to his goal .....he seem to be drifting like a bird ..... only to realise his wings were slashed as soon as he entered the cage much to his dismay .His father ignored his achievement and asked him to try again for the medical entrance next year ......he seemed to be very stern on his decision .

Just then the phone had jumped to its shrillest tone.....Virodh realized , he was thinking .He had a big fat Botany book underneath his palm .The tone continued , he got up received the call it was from his mother , "Virooo.....Had Your Dinner ?" "Yes ma.." came the reply .

"Talk to your father , he wants to say something "

"Viroo.." came a heavy voice which made Virodh still .....he listened .

"Good study as much as you can and if you feel drowsy , splash some cold water on your face and

try to study till 3 o clock, if you can't do that then sleep Goodnight !" he kept the phone with the

Virodh went back to his room changing the CD sat on his chair and suddenly his eyes fell on the call letter of Aeronautical institute. He brought it and tore it like his father had done before 2 years .

Tears rolled down his eyes ...as he looked to his table which were piled up by fat books of Botany, Zoology ,frogs, toads , insects , anatomy ......and Where is my Plane ?
Viroo wandered.He brought out a paper from his personal diary where a pilot beside a plane was sketched . 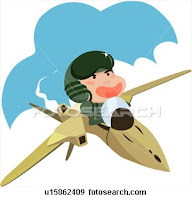 He had made this drawing in a competition when he was in class 2 ,and had won First Prize .His father had organized a party on that instance , was extremely happy over his son's victory and had also held little viroo up his shoulders , kissed him too.It was the first and last kiss of his life from his father .
He got up ...washed his face with cold water , went to his mom's cupboard had some pills, drank milk went back to his room . Turned off all the lights , music and cuddled into his bed .
Morning , sharp at 6 the alarm of his clock started and stopped .At 6.15 am , his parents reached at the doorstep of Plot no- 20 , Ismail Road .They put the doorbell......Virodh's mom used the duplicate house key exclaiming "Must have slept late " .His father was grumbling "Sleeping till now , No future of this boy ".His mother entered and went directly to the kitchen to make some tea ."Virooo.....Get up ......." disciplinary voice of his father followed till h e reached Virodh's room. Then the voice turned into a shrill cry "Nita !!!!!!!!" (Virodh's mother) "Our Viroo is not Getting up .....!!!!!!!" .


The cup of tea fell from her hands ans she rushed to her son's room like mad only to see his son still in one position with his eyes shut .

Little did she knew that those eyes were never to open again .She could feel the tears by the side of his son's eyes , which only a mother can observe , by touching and wiping her face from her saree calling every moment "Virooo my boy ..get up ...ma is here ...." She took out a paper tugged in Virodh's hands ,Lost her balance and sat down with a cry , as it was the same sketch of the pilot and plane , beside the drawing he had written "I was not studying yesterday , I was making my future Portrait , I so wanted to be Lieutenant Virodh Kumar Mathur ". Tears rolled down his father's eyes , he was grief stricken and dumb realizing his son's aspiration but at the same time he imagined the pain their son had been through but during those conditions also his son never went Against .....ohhh...Virodh ...his parents because he loved them a lot and didn't want to hurt them ever.